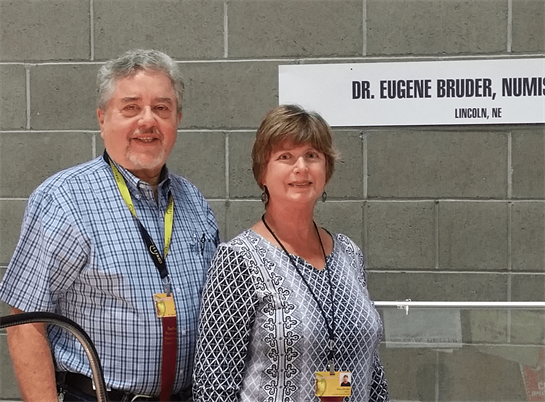 Like many collectors, I started collecting coins as a 12 year old in 1959 when the Lincoln Cent had a change in design. I was quickly hooked, and by my later teenage years I was collecting Liberty Seated proofs and some Bust coinage. I was also entranced by postage stamps, enjoying the intricate engravings on the early issues of the US and Canada. I delivered three paper routes daily in order to have enough money to buy coins and stamps.

College caused me to have to dispose of my collections in order to pay for school. After my internship in Hawaii, where I met my wife Diann, I again picked up the collecting bug while deployed in the Army in Alaska. Coins and stamps kept me busy as a hobby until I moved to California in 1986, whereupon I began dealing in coins part time by attending local coin shows. In 1994, I attended my first ANA in Denver as a dealer and began to travel nationally to shows. The more I dealt in coins, and was able to handle rare coins I couldn't afford as a collector, the more I began to enjoy dealing. By 2002, I was attending 18-20 shows a year, and it was time to let go of my Dental Practice - 30 years was enough! I became a full time dealer and was attending 25+ shows a year. Now I am operating from my website and a handful of shows. In July, 2021 we  started operating from our new home in South Carolina.

I am a Life Member of the ANA (5578), and a member of the following national clubs: LSCC, EAC, JRCS, BCCS, Fly-In Club, CONECA, NCADD, CCCCOA, CTCC, NBS, SPMC, RPSC (LM), and more! I am also a PCGS, NGC and CAC authorized submitting dealer.

My philosophy is to sell you a collectible that I would be happy to get back at a later time in trade or to purchase again. I search through many coins to buy the ones that I find appealing and hope you do to! I am doing this business because it is a passion of mine and I enjoy seeing my customer's faces light up when they find the special thing they are looking for. At this time, I am trying to collect coins I do not deal in, such as Conder Tokens and So-Called Dollars. I also collect all of the coins made in the year I was born. This way I won't be competing with you for the best items. It also tells you that I am still a collector at heart!! As I hit the ripe old age of 70 recently, I have decided to start selling the World coin and stamps that I have accumulated to allow me to spend some time working on the model kits I have stored for the last 30 years. I will be adding more of these items in the near future.

My services include buying, selling and trading US and World coins, medals, currency and stamps. I deal in both certified and raw items. I can also do estate and insurance appraisals. If needed, I can submit coins to PCGS, NGC and CAC for grading. I will attempt to service your want lists also. I am happy to take coins on consignment if you want to maximize your returns as I will work on lower commission rates (call or email for details). I try to have a varied inventory of key and semi-key date coins, and nice type coins from around the world..

Diann is my partner in the business, and will primarily be responsible for filling orders and shipping, travel planning and general customer service. I can't get along without her!